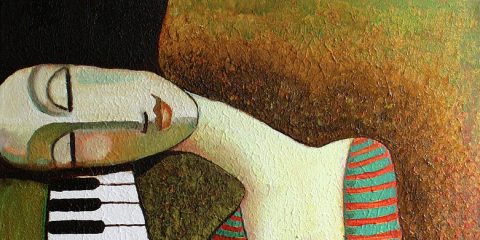 Another program of great (and unfairly neglected)
works by women composers

Pianist Daniel Weiser continues his exploration of the incredible piano music composed by women composers.  In this concert, he will focus on works by women in the late 19th and early 20th century including Cecile Chaminade and Louise Farrenc in France along with Amy Beach, Florence Price, and Marion Bonds in the U.S.   Dr. Weiser will talk about the difficulties these women faced in getting their voices heard at a time when many writers still thought composing could not be done by women.  Their incredible passionate and lyrical works reveal this to be patently untrue, but many still have not been able to make it into the general repertoire.  Guest artist Tim Schwarz, violin, will also join in on a few pieces.

Join us at the intimate home of Dick and Ann Bury in the Givens Estates.  Light food and drinks are included.  Seating is limited and reservations are required.  Buy your seats below with any major credit card.  You do not need to have a PayPal account.  Discount available for Givens residents. Click on the arrow below to get multiple seats and to see the General Admission price.  You can also call Daniel Weiser at 802-369-0856 to buy seats by phone though he will be in Europe until July 1 so will not be able to answer any calls until then.