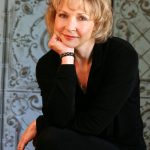 Jacquelyn Culpepper (www.jacquelynculpepper.com) has shared her beautiful soprano voice with audiences across the United States, Europe, South America, Central America, the Caribbean and to countries in Asia including Japan, Vietnam, Taiwan, and Thailand, and Brunei. Career highlights include performing more than eighty-five roles in opera and oratorio, and solo concert tours throughout the world with American Voices. A favorite moment in her career was performing a recital in Belgium commemorating the fiftieth anniversary of the liberation of Europe and the end of World War II.

Her talent has taken her to prestigious concert venues from Washington’s John F. Kennedy Center for the Performing Arts to Atlanta’s Symphony Hall and with the late, internationally renowned conductor, Robert Shaw. Jacquelyn has sung with symphony orchestras, opera companies, and music festivals across the United States. Signature musical works for the critically acclaimed soprano include the Countess in Mozart’s Le nozze di Figaro, Alice Ford in Verdi’s Falstaff, Barber’s Knoxville: Summer of 1915, and Strauss’s Vier Letzte Lieder. She has also appeared on PBS; her national broadcasts include “An Evening with Cole Porter” and “Salute to Masterpiece Theatre.” The North Carolina native also sang the American premiere of Martinů’s Epic of Gilgamesh, Locklair’s Good Tidings of the Holy Beast, and the North Carolina premiere of The Crucible, singing Abigail.

As a solo artist and teacher for American Voices, (www.americancvoices.org), a nonprofit organization whose mission has been to further the appreciation and understanding of American music and culture, Jacquelyn has worked with students all over the world. Her most memorable project was working with young Vietnamese singers from the Saigon Conservatory in preparations for the first performances of American Broadway music in Vietnam after the reestablishment of diplomatic relations. A recipient of many grants, including several from the Freeman Foundation and the Arts and Science Council, she has experienced firsthand the benefits of artistic soft diplomacy around the globe.

Ms. Culpepper is in her eighteenth year as Artist Associate of voice at Davidson College. Jacquelyn has been on the faculties of Furman University, Meredith College, Gaston College, and Warren Wilson College. Her students have won numerous awards, competitions, and scholarships, and many are now working professionally. A frequent adjudicator, Jacquelyn has judged singers in many competitions including the Metropolitan Opera auditions and the NATS Artist Awards.

Jacquelyn holds a master of music degree in vocal performance and literature from Baylor University and a bachelor of science degree in music education from Western Carolina University. She is married to Clem Huffman, has two daughters, Callie and Jessica, and the two cutest grandsons on the planet.