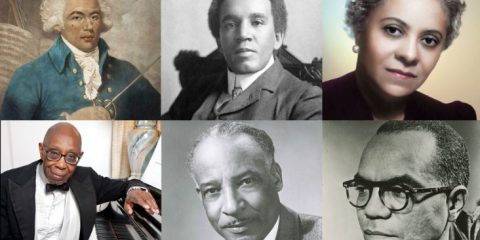 This concert will celebrate a few fantastic, but unfairly neglected, black composers from three different centuries and three different countries.  We start with a Sonata in A Major by Joseph Bologne, Chevalier de Saint-Georges, an 18th century French virtuoso violinist and composer who not only wrote numerous works in the classical style, but also conducted the leading symphony orchestra in Paris, served in the first all-black regiment in France and was also a renowned champion fencer.  We then move to England at the end of the 19th century, where Samuel Coleridge-Taylor composed his powerful Violin Sonata in D Minor along with several cantatas based on the Longfellow poem, Song of Hiawatha, that helped bring Coleridge-Taylor to the United States on a very successful tour as conductor before his early death at age 37.  Finally, we come to the U.S. in the 20th century to perform two Spiritual settings by George Morrison; a Fantasy by Florence Price, who wrote over 300 works, including four Symphonies; and the very energetic and soulful Suite for Violin and Piano by William Grant Still, known as the Dean of African-American composers, who was the first African American to have a symphony performed by a leading orchestra, the first to conduct a major American symphony orchestra, and the first to have an opera performed by a major opera company.  This is music that has been unfairly neglected, but absolutely deserves to be heard.  You won’t want to miss it! 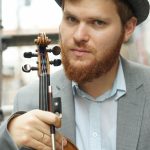 Join us at our beautiful Guilford home surrounded by my father’s bright paintings with fantastic food and drinks provided by my daughters (and Trader Joes).  This is chamber music the way it was meant to be heard—in a true chamber.   Seating is limited and reservations are required.  Admission is $35pp.  You must be vaccinated (and boostered) to attend and you will need to wear a mask when not eating.  To purchase multiple seats, click on the link below and the following screen will allow you to buy as many seats as you want.  You do not need to have a PayPal account to purchase seats—all major credit cards are accepted.  If you prefer to call me at 802-369-0856 to pay by phone, that is also fine.