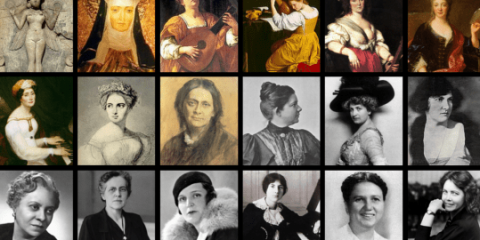 Join us for this thrilling program of sadly neglected, but incredibly powerful, piano quartets by three amazing women composers, Luisa LeBeau, Dora Pecacevic, and Amanda Rontgen-Maier—our Iron Maidens!   All three works are filled with passion, power, and lyricism, and deserve to be a permanent part of the repertoire.  LeBeau was a 19th century German pianist, composer and music critic who shocked the classical world by winning an international composer competition in 1882 with her Cello Sonata Op. 17.  She studied briefly with Clara Schumann and also started her own music training program for young women.  This quartet was premiered to great acclaim at the Gewandhaus in Leipzig in 1883.  Dora Pecacevic was a member of an important Croatian Royal family whose father was Governor of Croatia and mother was a Baronness from Budapest in the early 20th century.  She abandoned her aristocratic lifestyle and embarked on a musical career, studying in Dresden and Munich.  Her Symphony in F Sharp Minor is considered to be the first modern symphony by any Croatian composer.  She died from complications of childbirth at the age of 38.  Finally, Amanda Rontgen-Maier was a Swedish composer and violinist at the end of the 19th century who studied at the Royal College of Music in Stockholm.  She became friends with Grieg, Brahms, and Clara Schumann.  Her Piano Quartet, composed in 1891, was her final large piece before her early death of tuberculosis at the age of 41.

The wonderful siblings, Emmanuel (violin) and Frances (cello) Borowsky will be joined by Anna Pelczer, a fantastic violist now living in Germany, and Artistic Director Daniel Weiser on piano.  You will not want to miss all this incredible and unknown music! 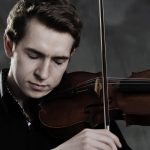 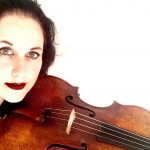 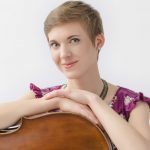 Join us once again at one of the finest places to hear a concert anywhere in the country!   Dan and Jerry have a fabulous house in the Hendersonville area with panoramic views of mountains, an amazing acoustical space, an incredible interior setting, and two fantastic grand pianos!  What more could you ask for.  Jerry also always provides some delicious food and they have plenty of wine as well.   Seating will be limited so please sign up as soon as you can.  Light food, desserts, and wine are included in the $35 price.    Experience chamber music the way it was meant to be heard—in a true chamber.  Enjoy the intimate setting and the Salon atmosphere.  Sign up below.  You do not need a PayPal account—just a major credit card.  You can purchase multiple seats after you click on the yellow “Add to Cart” button.  Or call Dan at 802-369-0856 to purchase seats over the phone.

Seating will be limited!  Reserve seats now.  You must be fully vaccinated to attend this concert

Scott and his team at Isis have created a terrific space for live music along with great food and drink.  We will perform in the very intimate upstairs Lounge that only has room for 45 people currently.   To find out information about seating and dinner, please visit:  https://isisasheville.com/event/amicimusic-presents-iron-maidens/.  To make reservations, you must call Isis at 828-575-2737.  Admission for the concert alone is $22pp in advance or $25 at door.  Delicious dinner and drinks are extra.  This program will probably sell out so reserve now.

You must be fully vaccinated to attend this concert!

Another fun program at one of our original and favorite venues with a truly relaxing and informal atmosphere.  This renovated Chevy dealership is a true gem of the region with its cabaret-style tables and many drinks available.  Bring your own food and have a little dinner and drinks while you watch the concert.  Seats are $22 at the door or $20 in advance.  Children 12 and under are half-price.  To purchase seats in advance, call White Horse at 828-669-0816 or visit them at:  https://www.whitehorseblackmountain.com/product/amicimusic-presents-iron-maidens-piano-quartets-by-women-composers/568?cp=true&sa=false&sbp=false&q=false&category_id=3

You must be fully vaccinated to attend this concert!