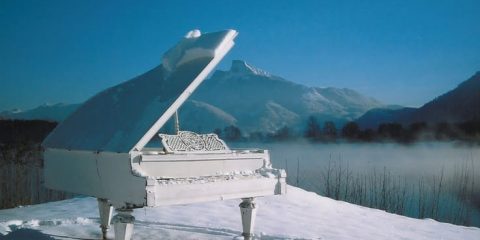 Music by Mussorgsky, Tchaikovsky, Rachmaninoff, Borodin, Rimsky-Korsakov, and many more

Join Professor Weiser for another four-part Zoom course available to anyone across the country.  This course will explore the amazing explosion of Russian composers at the end of the 19th century who helped to revolutionize the piano and expand its capabilities with a wider spectrum of sound and colors.  With the creation and rapid rise of the St. Petersburg and Moscow Conservatoires (in 1862 and 1865), Russia suddenly became an important center for experimentation and invention, first led by the Mighty Five (Balakirev, Cui, Borodin, Mussorgsky, and Rimsky-Korsakov) and then later by Tchaikovsky and the next generation that included Rachmaninoff, Scriabin, and Arensky.   Dr. Weiser will perform many of their wonderful piano works and talk about their lives and the new Russian Nationalism that helped to produce some of the great works of the Western canon.

This four-part course costs $100 (includes all four sessions) and is open to those who would like to watch in person at Dan’s home in Baltimore as well as those who want to watch via Zoom.  Click on the arrow below to say which option you would like.  Seating in person will be limited to ten people due to Covid.  All the classes will be recorded so that if you have to miss one or more, I will be able to send you the recording of the Zoom class on the day following the one you missed.  Classes will take place on the four Wednesdays in February from 10:00-12:00 in the morning.  Sign up for the class below with any major credit card—you do not need to have a PayPal account.  If you prefer to call Dan to sign up via phone, please call 802-369-0856.