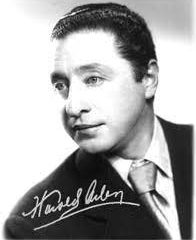 Join AmiciMusic for this toe-tapping retrospective of the incredible songs of Harold Arlen.  Born Hyman Arluck, the son of a cantor in Buffalo, NY, Arlen became one of the greatest songwriters of all time, composing over 400 memorable tunes, including “Stormy Weather,” “Get Happy,” “Come Rain or Come Shine,” “Let’s Fall in Love,” and “Over the Rainbow.”   George Gershwin described him as “the most original of all of us” and, at his funeral, the great Irving Berlin said: “He wasn’t as well known as some of us, but he was a better songwriter than most of us and he will be missed by all of us.”  He helped bridge the divide between the jazzy world of the Cotton Club and Harlem and Broadway, eventually making his way out to Hollywood, where he wrote the memorable music for “The Wizard of Oz.”  Francis Cullinan has created and directed another wonderful one woman show featuring singer Carol Duermit and pianist/Artistic Director Daniel Weiser, who will weave his fantastic life story through words and song.  Hope you can take this thrilling and nostalgic journey back in time! 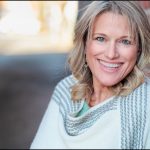 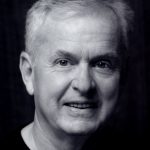 Another fun program at one of our original and favorite venues with a truly relaxing and informal atmosphere.  This renovated Chevy dealership is a true gem of the region with its cabaret-style tables and many drinks available.  Bring your own food and have a little dinner and drinks while you watch the concert.  Seats are $20 at the door or $18 in advance.  Children 12 and under are half-price.   A Livestream of this program made possible by RadHaus Studios will also be available to those who want to watch from home.  To purchase seats in advance, call White Horse at 828-669-0816 or visit them at:  https://www.whitehorseblackmountain.com/.

Another intimate House Concert at Dan and Jerry’s amazing mountain home.  Come experience chamber music the way it is meant to be heard—in a true chamber.  Light food and drinks are included as well.  Talk to the artists and feel the vibrations and power of the music surround you.  Seating is limited and reservations are required.  Please do sign up as soon as you can since this program will likely sell out.

To reserve seats, please click on the yellow “Add to Cart” button below.  You can then buy multiple seats on the following screen.  You do not need a PayPal account to purchase seats—just any major credit card.  I will send a confirmation e-mail when you make your purchase.  I do not send out any tickets.  If you prefer to purchase with a credit card over the phone, please call Dan at 802-369-0856.

This is a special private Sunday Brunch program for members of the Champion Hills Golf Club in Hendersonville.   If you are a member of another Club, please contact me at 802-369-0856 and we could do something similar at your Club.

We return to Cavalry Episcopal Church in Fletcher for another wonderful program.  They have a new grand piano in the Parish Hall now that will be a wonderful addition to our concerts.  Join us in a cabaret-style setting with soft drinks and light food available as well.   Admission at the door is $30 for the general public and $25 for Church members.  Or save 10% by purchasing seats in advance below.  We will not send out tickets, but we will e-mail you to let you know you are on the “tickets purchased” list.  Click on the arrow below to see the discounted Church price.  All major credit cards are accepted and you do not need to have a PayPal account.  To purchase multiple seats, click the yellow “ADD to CART” button and you can buy as many as needed on the next page.  You can also call Daniel Weiser at 802-369-0856 if you prefer to buy seats over the phone.  Children 18 and under are always free.

A portion of the proceeds for this concert will go towards the incredible Food Pantry at Cavalry Episcopal, which has done an incredible job feeding needy families during this long pandemic.